What is Post-Concussion Syndrome?

Unfortunately, insurance adjusters aren’t always honest. Therefore, it’d be best never to talk to one alone. If you must, you should go with a Carrollton personal injury attorney. An experienced lawyer would know the right things to say to an insurance adjuster.

Why Should I Avoid Insurance Adjusters?

Well, no one loves to lose money, especially insurance companies. So, insurers often employ deceitful tactics against injury victims. The goal is to reduce the amount of compensation they pay out.

If insurers achieve this while collecting high premiums, they’ll be making significant profits. Consequently, insurance adjusters often try to get claimants to admit fault. They have multiple tricks for deceiving plaintiffs. So, we explained some of them below.

Calling You Immediately After an Accident

Immediately after a crash is the worst time to make any official statements. This is because you’re still emotionally troubled. So, your recollection of events would be unreliable. Furthermore, you most likely will not remember anything you say at that point. Even insurance companies know these facts. However, it doesn’t prevent them from calling injured victims after a collision.

Their aim usually is to get you to say something damaging. In addition, the insurance company may try getting you to agree to a settlement early. Since you’re faced with financial losses, they know that any settlement offer will tempt you. Unfortunately, at this stage, speaking to the insurer or accepting a settlement is a bad idea. This is primarily because you don’t even know the extent of your injuries.

Convincing You To Make a Statement

Insurance adjusters will talk about an official statement. If they don’t demand this after the crash, they’ll do so soon after. However, in whatever scenario, it would be best to reject this proposal. Firstly, insurance adjusters are rarely after the truth. They just want to compare your statement with any subsequent claims you make.

Any contradictions can mar your claim. Notably, too, insurance companies often ask for a recorded statement. If you consent, the recording can serve as evidence. It could be via an audio or video call. Conversely, they could demand a written statement.

Whatever the case, it would help if you deny such a request. Then, all you have to do is direct them to your attorney. Finally, even your insurance company can ask for a recorded statement. However, you may not be under any obligation to give them such statements.

Talking You Out of Hiring Lawyers

Insurance adjusters dislike lawyers. This “dislike” is because any good lawyer knows these insurance tricks. That’s why insurance adjusters talk victims out of engaging lawyers. Moreover, injury attorneys can properly evaluate an injury claim. Therefore, they can know when insurers are offering poor settlements.

Once they know this, no good attorney would encourage you to accept such a settlement. Insurance adjusters would thus use various tactics to ensure that you don’t hire an attorney. For example, they can scare you with tales of high legal fees. They could also tell you about lawyers who withhold settlements. Fortunately, there are many honest and affordable attorneys. So, pick one.

What About My Insurance Company?

Finally, you may have to deal with your insurance company. With this class, you don’t have the option of ignoring them. Instead, you can regulate the information you offer. Your insurance policy most likely has accident reporting requirements. Therefore, you’d have to inform your insurer of any mishaps. In addition, the procedure may require other information. This accident data is usually basic information. So, it would be best to stick with what you have to share. Never assume your insurer is automatically on your side.

Carrollton Personal Injury Lawyers Can Help You With Insurers

Have you suffered a personal injury in Carrollton? If you have, then you may be eligible for compensation. The fault party would cover your losses from the accident. However, you’d get this compensation from their insurance company. That’s why you need the best Carrollton personal injury attorneys.

At the Law Office of John B. Jackson, our lawyers have extensive experience with insurance companies. So, it’ll be best to speak with us before insurance adjusters. This is because we can ensure you don’t say anything that can harm your case. In addition, we can help you get the maximum compensation. So, call us today for a free consultation. 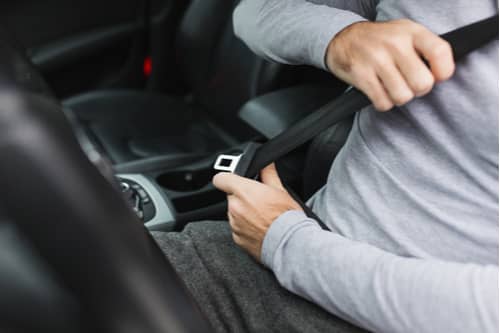 The Importance of Seat Belts in Carrollton Car Wrecks

Is Dizziness A Concerning Symptom After a Crash?

What Can I Do if I Was in a Wrong Way Car Accident in Atlanta, GA?