Due to advocacy efforts throughout the United States, the number of cyclists in the United States has increased over the years. Unfortunately, the more cyclists on the road, the greater the chances of getting into a bicycle accident or colliding with other road users. Accidents involving bicycle riders are not uncommon in Carrollton and other parts of Georgia.

In 2017, Georgia ranked 19th in the list of bike-friendly states in the U.S. With bike accidents comes the risk of bicycle accident injuries. These injuries could be minor or have more severe consequences for the bicyclist. Knowing what they are would help you improve safety when riding and obey every road rule.

If you get involved in a bicycle accident, you should seek legal representation. Our Carrollton bicycle accident lawyers at the Law Office of John B. Jackson can represent you and help you get compensation. So, contact us immediately after the occurrence.

Why Do Bike Accidents Happen?

According to a PPM report, in 2015, there were 45,000 reported bicycle accidents in the United States. The IIHS notes that yearly, two percent of motor vehicle crash deaths are among bicyclists. In 2019, 843 bicyclists died in crashes involving a motor vehicle. The number represented a 3% decrease from the 868 fatal bicycle accident injuries in 2018.

So, why do bicycle accidents happen?

The most significant contributor to traffic accidents involving bikes is negligence. This negligence is on the part of the biker and car drivers. Under Georgia law, a bicycle is legally a “vehicle.” Thus, the same road and traffic rules applicable to car and truck drivers and motorcycle riders apply to bicyclists.

When a bicycle fails to follow the traffic rules, an accident can occur. An example is a cyclist leaving the designated bike lane and riding with the general traffic flow. Other ways a bicycle accident could occur includes:

When an accident happens that’s not your fault, seek the legal advice of a Carrollton bicycle accident attorney. Do this either as a bicyclist or a car driver, if you believe the collision was not your fault.

What Are the Most Common Bicycle Accident Injuries?

The severity of the accident impact determines the degree of injury a person suffers in a  bicycle crash. For instance, a bicyclist who gets ejected from a bike after striking a parked car door would suffer minor injuries. These minor wounds could be contusions, abrasions, lacerations, strains, and fractures.

For any of these wounds, the victim may experience symptoms like:

The story is different where the accident involves a car making a right turn or speeding down the road. In such an instance, the injury sustained would be more severe. In some cases, the wound could be fatal. Some of the known severe injuries from bicycle accidents include the following:

Although some people use the two interchangeably, a head injury is different from a TBI. A head injury affects the outer parts of the head, like a skull fracture, while a TBI goes beyond the skull to the brain tissue. Most bicycle accident fatalities involve a head injury, explaining why bikers must always wear a helmet.

A broken bone occurs when the bone receives more force than it can withstand. For example, in a high-impact crash, the bicyclist may hit the ground with so much power that it causes the bone in the body to break. This fracture affects the arms, legs, wrists, etc.

A knee injury happens when an external force bends or twists the knee in a manner that it was not anatomically designed for. For example, the way a person falls from the bicycle determines whether or not they’ll sustain this wound. Most severe knee injuries require surgery to correct.

This occurs when there’s damage to any part of the spinal cord or nerves at the end of the spinal cord. It often happens due to a sudden blow or cut to the spine. If not treated in time, a spinal cord injury could become catastrophic with a long-lasting impact.

Were you involved in a bicycle accident that was not your fault? If yes, you deserve compensation for your injuries and other losses, and our bicycle accident lawyers can help you. Our attorneys at the Law Office of John B. Jackson have the legal knowledge and experience to get you what you deserve. So call today for a free case review. 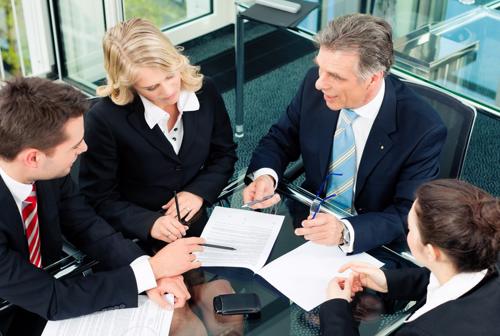 Are Settlements in Douglasville Different From Jury Verdicts?

Crosswalks: Why don’t people stop for pedestrians when crossing…It is the law.