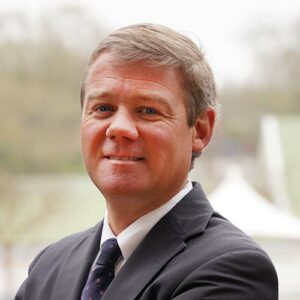 For more than a decade, John has focused his practice on personal injury, wrongful death, and workers’ compensation claims.  John also has a limited, local domestic practice.   He has worked for one of the premier trial firms in the United States on cases involving product liability, trucking accidents and motor vehicle accidents with injuries ranging from soft tissue injuries to fatalities.

John has built his law firm, The Law Office of John B. Jackson, since 2015.  He prides himself not only on providing effective representation but also being available to his clients.  John places his cell number on business cards and not only allows but encourages his clients to text or call him whenever they have a question about their case.  John believes that once a client retains him then that client’s concerns are an utmost priority.

Prior to starting his firm, he was heavily involved in the State Bar Younger Lawyers Division.  In 2007, he completed the Younger Lawyers Division Leadership Academy.  The following three years, he co-chaired the Leadership Academy. He is the Past President of the West Georgia Trial Lawyers Association and a current member of the Georgia Trial Lawyers Association. He has also been the featured speaker at numerous Continuing Legal Education Seminars.

John grew up in Middle Georgia, Dublin to be exact.  In 2009, when he returned to the hometown of his wife, Mandy, after being told they were having twins, he made it a priority to be a part of the great Carrollton community.  The culmination of that work was realized when he was honored in 2017 with the Horizon Award, which is awarded to the volunteer of the year by the Carroll County Chamber of Commerce.

More important than that though is the large number of people he has been able to serve through his charity efforts. He is the Chairman of Board of Alice’s House, a local boy’s and girl’s home. In addition, John and previous year’s president of the Carrollton Rotary Club.  John has served on the Board of Directors of the Carroll County Chamber of Commerce and chaired the Carroll County Chamber Government Affairs Committee.  He also serves on the City of Carrollton Planning and Zoning Commission.

John and his Wife, Mandy, have twin girls, Milly, (8) and Kate, (8) and are members of First Baptist Church in Carrollton, GA where John serves on the Finance Committee and the Greeters Committee.