What Happens if Someone Drives Your Car and Gets into an Accident?

Who Do You Sue if Someone Backs into Your Car in an Atlanta Mall Parking Lot This Christmas?

Chances are that if you’re a driver on Georgia roads (or anywhere else for that matter), you’ve encountered aggressive drivers. It happens every single day, on virtually every roadway, and it is highly illegal in Georgia. Unfortunately, the laws do not always prevent aggressive driving behavior, and this behavior is well known for causing serious auto accidents.

According to Georgia law, anyone who “commits the offense of aggressive driving … with the intent to annoy, harass, molest, intimidate, injure, or obstruct …” others is breaking the law (Code of Georgia Annotated section 40-6-397). Examples of such behavior can include weaving in and out of traffic, changing lanes recklessly, intentionally failing to yield right of way, or any other unsafe driving behavior that is deemed to be aggressive. An individual who engages in aggressive driving behavior in Georgia is guilty of an aggravated misdemeanor. If that behavior results in an auto accident, injuries, loss of life, and/or other losses, then the driver can be held financially responsible for your damages, and you may seek punitive damages as well.

The attorneys at The Law Office of John B. Jackson have years of experience representing the victims of aggressive driving auto accidents in Georgia, and we’re prepared to help you prove your case and seek fair compensation for your medical expenses, pain and suffering, emotional trauma, lost wages, lost future earning potential, and any punitive damages that may apply to your Georgia auto accident claim due to the malicious intent or egregious negligence of the aggressive driver. Having said that, we are also here to offer advice for handling any situations that you may encounter with aggressive drivers on Georgia roads.

What To Do if You Encounter an Aggressive Driver

It is important to avoid engaging with aggressive drivers. This can be difficult because their behavior will naturally make you upset, angry, and defensive. It is perfectly normal to feel outraged when another driver puts yourself, your family, and others on the road at risk with their irresponsible and aggressive driving behavior. However, how your respond to their behavior can either make the situation even worse or improve your odds of getting yourself and your passengers out of the situation safely. That is not to say that if you are the victim of an aggressive driver that you are to blame for failing to respond appropriately. It is only to say that there are some steps that you can take to attempt to prevent their behavior from harming you.

The best way to respond to someone who is driving aggressively is to attempt to get your vehicle away from theirs. If you can safely change lanes, slow down to let them get past you, or even turn down another road to escape the situation, then you should do so. It is also a good idea to avoid making eye contact with an aggressive driver. If he or she makes offensive gestures or shouts at you from their vehicle, do your best to ignore this and do not respond. Even if you feel that you would be right to respond, chances are that the aggressive driver is not going to be swayed by your response to their behavior. Rather, they may be egged on and may increase their dangerous and aggressive driving behaviors. Finally, you should notify the police of any aggressive driver that you encounter and provide them with as much information as you can.

What To Do After an Accident with an Aggressive Driver

In many cases, an aggressive driver will not stop after an auto accident, as they are not known for responsible behavior. In other cases, the driver may be forced to stop because of the circumstances of the accident, or they may decide to stop to confront you. The aggressive driver may blame you for the accident and may be quite unpredictable with their behavior. If you are concerned for your safety, you can remain inside your vehicle until the police arrive. Avoid engaging with the aggressive driver. Do not let them bully you into making admissions of fault or incite you into responding with violence.

If you have sustained injuries or property damage due to the actions of an aggressive driver, contact the determined Georgia car wreck attorneys at The Law Office of John B. Jackson for a free consultation. We will be more than happy to help you to build your case and seek the compensation that you deserve. You may also be able to press criminal charges in such a case, particularly if the driver attempts to assault you after an accident, which is not an uncommon situation with aggressive drivers. You may be further entitled to punitive damages in your Georgia auto accident claim. 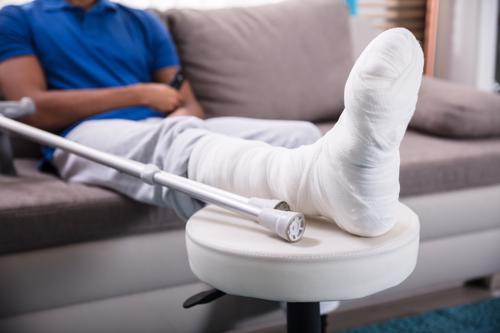 How To Prove Negligence in a Douglasville Slip and Fall Case

How Are Pain and Suffering Determined in Car Accidents?