How to Spot a Drunk Driver on the Road this Summer

What do I do if I Was Bit by a Dog, But the Owner Wasn’t There?

What Happens if I Can’t Work After My Lawrenceville Car Accident?

One way to avoid drunk drivers this summer is to steer clear of them. We understand this sounds easier than it is. If you know what some of the signs of drunk driving are, you’ll have a better shot at staying safe this summer. If somehow, you do get hurt in a DUI crash, you need to call an experienced Douglasville accident lawyer. There’s no excuse for anybody to drink and drive. If they choose to take their life into their hands, that doesn’t mean they have the right to endanger yours.

Despite the fact that we have Uber and Lyft, plenty of people still drink and drive. In fact, between 2010 and 2019, an average of 10,000 people were killed every year. You don’t want to become one of those statistics. Keep in mind – these are just the fatalities. Thousands of people are also injured in these DUI crashes.

Unfortunately, there are a lot more drunk drivers on the road in the summer than in any other month. Summertime in general is known to have more drunk people on the road. Between Memorial Day, the 4th of July, and Labor Day, there are thousands of drunk driving crashes. And all of these were preventable.

It’s Better to Err on the Side of Caution

If you see someone you think may be drunk, steer clear of them. It’s better to assume the worst so that you don’t end up in the emergency room. Some of the signs that somebody may be drunk on the road include:

If you see any of this behavior, just pull over and let them be on their way. You don’t want to be anywhere near them if at all possible.

If You Are Hit by a Drunk Driver, Call a Douglasville Accident Lawyer

If you’re hit by a drunk driver, the best thing to do is call and talk to an experienced Douglasville accident lawyer. Certain attorneys specialize in this type of case. They know how to prove the other driver was intoxicated at the time of the crash. On top of your regular damages, you’ll have to demand both pain and suffering as well as punitive damages. When the insurance company sees that their client was convicted for DUI, they should be willing to settle the case as quickly as possible.

Your Attorney Will Seek Punitive Damages

The way courts work is that they grant certain types of damages in different types of lawsuits. Punitive damages are rarely granted. Unless the judge wants to send a message to the drunk driver they stay away from punitive damages. But if your Douglasville accident lawyer can prove they were driving while intoxicated, the judge will likely want to punish the defendant.

If you can get a copy of the court records proving the defendant was convicted of DUI, submit them as evidence. That should be all it takes to get the damages you deserve.

Call and Talk to a Seasoned Douglasville Accident Lawyer

If you or your family have been hurt in a drunk driving accident, you need help. It’ll take some time to get the medical treatment you need. In the meantime, the other driver is concocting a story to try to avoid liability. Your Douglasville accident lawyer can start pursuing your claim from day one. What you should do is call and schedule your free, initial consultation. You can sit down with someone who’s handled dozens of cases like yours before.

Drunk driving cases aren’t the same as regular car crashes. Not only is the drunk driver acting recklessly, but your injuries tend to be more serious. This means you should be entitled to pain and suffering. In addition, your Douglasville accident lawyer will demand that you be awarded punitive damages. These are rarely granted in a car accident lawsuit. However, when there’s drunk driving involved, the judge is more likely to award punitive damages.

How You Can Prevent Auto Accident Injuries and Deaths For Children

Take Care During This Christmas Season! 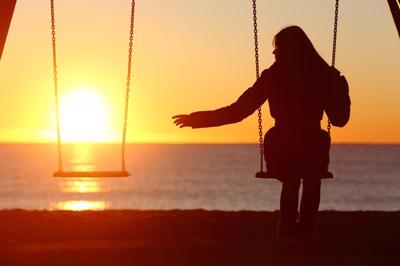 Coping With Wrongful Death in Douglasville