How Long Does It Take to Recover from a Traumatic Brain Injury?

What Do You Do After a Hit and Run in Carrollton?

Most people report hearing the sound of the crash first if they hadn’t seen it coming. Someone was illegally turning left on a yield turn or tried to flip a U-turn right after you entered the intersection, causing a severe amount of damage to your car. the trouble is that you hit the steering wheel, dashboard, or even windshield. Why didn’t your airbags go off?

Airbags don’t always go off; they aren’t supposed to. But, if you experienced an injury that clearly an airbag would have prevented, you might be wondering if your bags are good or if they’re defective. There are many people that question this. You’re certainly not alone. Contact our Georgia car accident attorneys today

Possibility of Further Injury or Death

When your airbags don’t go off, there is a high risk of coming into contact with either the steering wheel or the dashboard. For the people that have these injuries, they may be rather unexpected from typical crash damages. It is highly likely that they will experience broken bones and blunt force trauma to the arms, wrists, or face.

When are Airbags Supposed to Deploy?

Unlike older models, most new vehicles aren’t working on sensors placed into key areas of the vehicle to detect an impact. Instead, cars over the last few decades have come to rely on an accelerometer or a chip that senses acceleration and changes in speed. So when that chip realizes that the car is losing speed at an alarming rate, it deploys the airbags. The deployment unit involves a heating element and a chemical explosive to shoot the airbag out with enough force to deflate before your body can come forward from the rate of deceleration.

The process certainly comes with its own set of risks, but by and large, they’re much less severe than the likelihood of death in a crash.

So, in theory, an airbag should only deploy when you impact an object, and the car slows down severely and suddenly. Or, you apply your brakes with extreme force and hit an object causing your car to slow down substantially. Both of these scenarios involved being hit from head-on or being launched into an object, potentially another car.

The estimation is that airbags reduce the risk of driver fatalities in a frontal crash by up to 29%. Side airbags aren’t mandated but have also proven to significantly reduce the fatality rate in accidents.

A particular issue with rear-end collisions is that they both push the driver forward, especially if they were stopped, and don’t usually deploy the airbags. The airbags deploy when there is a drastic decrease in the rate of speed traveled. For those in rear-end collisions, it is possible that their speed would increase as they’re propelled forward. It’s extensively difficult to argue that an airbag should have deployed in a rear-end collision.

But, it is also possible that the driver or passenger would come forward and impact a stationary object in the car, resulting in greater injury.

If the Driver Didn’t Hit the “Right” Spot for Deployment

This situation has now become a common myth among airbag deployment questions. Decades ago, vehicles used sensors for impact placed in certain areas of the vehicle. That means that it was possible for a partial front collision not to deploy the airbags.

Because the way that airbags have changed, it doesn’t reasonable that there wasn’t a right spot hit so much as the force didn’t change as drastically as was needed to deploy the airbags. This is not indicative of a defective airbag unit.

Because of how airbags work in vehicles, they often won’t go off in rear-end collisions, or in front-end crashes if the impact didn’t hit the sensor. It’s troublesome because the drivers can still experience extensive damage that the airbag could have prevented. But in some accidents, it is possible that the airbag going off would have resulted in more injury given force and trajectory.

As you resolve how to handle your car accident claim, you may wonder if there is an additional liable party involved in your accident. It is possible that there was some product defect, but the issue will always come down to the fault of the driver that smashed into your vehicle. That’s why it is important to start your resolution with a Georgia car crash attorney. Contact John. B. Jackson to get a jump-start on your car crash claim.

What Are Common Child Personal Injury Cases in Carrollton, GA? 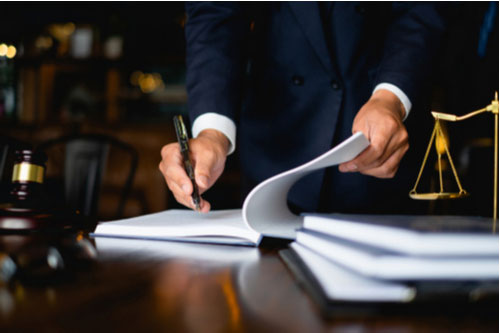 Questions to Expect at a Car Crash Deposition in Carrollton

Is Dizziness A Concerning Symptom After a Crash?