Who Is Responsible For A Wrong Way Collision?

What Do You Do After a Hit and Run in Carrollton?

Aches and pains seem certainly normal after an accident. Isn’t that the case? You see someone come into work and say that they were in a crash a few days ago, and they’re really “feeling it.” Would it be shocking if we told you that’s not how it’s supposed to be? Even when your aches and pains are minor, something that might go away in a week or two, you need to see your doctor and file a claim.

Seeing a doctor is something that most people avoid, and we understand that. Most adults don’t even have a set primary doctor anymore. But, if you have pain after a wreck, get yourself to an urgent care center, or find a local doctor’s office nearby and make an appointment. Afterward, you should look into one of our Georgia car accident attorneys for assistance.

What is Normal After a Crash?

After a crash, the typical normal is to feel some pain because of some damage done to your body. If the crash was low-impact and low-speed, then there shouldn’t be any damage, and you shouldn’t feel any pain. There’s nothing normal about aches and pains after a wreck if you don’t also have some type of injuries.

Always seek out the help of a doctor. If it’s not an emergency, then don’t rush to an emergency room, but go to an urgent care center or schedule an appointment with a local doctor. At the scene of the crash, you should understand whether your injuries are urgent or not with paramedics on the scene.

Should I Be Worried If I Still Feel Pain After a Few Days?

More than 2.7 million emergency room visits happen each year in the U.S. because of car accidents, so it’s not unreasonable to see a doctor. There are some injuries that become more apparent overtime period invisible injuries, in particular, can arise in the days or sometimes weeks following a crash.

When it comes to soft tissue damage, a lot of people don’t recognize it right away because of shock and confusion. Immediately after a crash, your body will normally feel fine, especially if it was a low-speed accident. However, when people complain about aches and pains after an accident, they usually say that those pains only became apparent two or three days after an accident. This is fairly consistent with what you should expect from soft tissue damage.

What If A Doctor Says That I’m Fine?

Soft tissue damage, in particular, undergoes a lot of scrutinies, especially from doctors. Doctors like to operate with proof, and they use imaging and testing to confirm their suspicions of a diagnosis. Soft tissue damage doesn’t show up on any form of testing unless it is extremely severe.

It is common for a doctor to say that you’re fine after a crash if you’re just complaining of general aching. However, it’s very reasonable to seek out a second opinion because you may need to give your body some rest and time to recover from soft tissue damage that the initial doctor failed to diagnose.

Car crash injuries result in $18 billion in lifetime medical costs nationally, and 75% of those costs happen in the 18 months that follow a crash.

In theory, there is no such thing as a normal ache and pain if it isn’t associated with aging. But the insurance community has taught us to believe that it’s normal to feel sore after a crash. If you are hurting after an accident, it’s because there is some type of damage, and your body is trying to recover. Now, your body may be able to recover on its own with a bit of rest. But you need a doctor to make that determination.

If you have any pain, you should file a claim. But, make sure that you go to the doctor as soon after the crash as possible. Even if your doctor tells you the only thing you can do is rest, it’s important that a medical professional assess your pain and make that determination. To get your resolution started, call John B. Jackson to file your claim.

How Much Can You Receive for Lost Future Income?

What Defines Gross Negligence in Georgia? 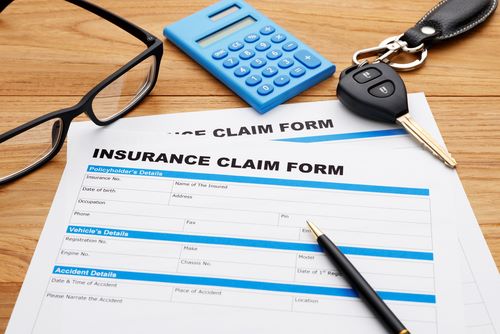 How Can a Lawyer Help Me File an Insurance Claim After a Car Crash?

How Can COVID Affect Your Atlanta Personal Injury Lawsuit?