Even though the thought of being monitored and followed around on a daily basis is far from pleasant, it is nevertheless safe to always assume that you are in fact being followed and monitored by a private investigator if you have filed a workers’ compensation claim. The use of undercover surveillance is far more common than the majority of workers’ compensation claimants assume.

If you are one of the lucky few that are not being monitored and videotaped by a private investigator, failing to take the proper precautions can be devastating to the success of your workers’ compensation claim. Most injured workers assume that surveillance is the least of their worries when seeking the workers’ compensation benefits to which they are rightfully entitled. However, this assumption is exactly what the opposing party relies on when retaining the services of a private investigator to discredit the nature and extent of your work-related injuries.

Can Undercover Surveillance Be Used Against Me in My Georgia Workers’ Compensation Claim?

Understandably, many feel as if the invasive practice of surveillance should be inadmissible. However, that is not the case under current Georgia law. Despite the inherent and widely shared belief that such a practice is invasive of one’s privacy and ultimately unconstitutional, the use of video surveillance in the workers’ compensation arena is generally accepted and commonly utilized by the defense.

The underlying justification is that in filing a Georgia workers’ compensation claim, the allegedly injured worker has voluntarily placed his physical state in dispute, thus entitling the opposing party to investigate and assess the veracity of the injuries and/or damage allegations. The bottom line is that the surveillance is intended to call your credibility into question and contradict your allegations surrounding your work-related injuries and the resulting physical injury.

How Surveillance Can Hurt Your Georgia Workers’ Compensation Case

Another benefit of seeking the experience of a skilled Georgia workers’ compensation attorney is that you will be defended against any attempt made by the insurance company to make your injuries seem fabricated or not as severe as they actually are. If the opposing party attempts to label you a malingerer, they will also need to come up with a reason for the malingerer allegations. The common justifications for these types of accusations are as follows:

The benefits provided to those who have been injured while performing work-related duties are intended to fairly and adequately compensate an injured worker for an amount close to the earnings that he or she would have acquired had the subject employee been physically able to continue working absent the injury.

Addiction to prescription strength painkillers is a real issue. The access and availability of prescription drugs that are very often a much-needed source of relief for those who have suffered serious injuries on the job is yet another motive that the opposing party may utilize to support their accusation that the claimant is a malingerer.

This common justification utilized by insurance adjusters is fairly straightforward. The acquisition of wealth is a natural desire inherent in human nature. As such, this is a simple justification that may be used against you in an attempt to classify you as a malingerer.

Retaining an experienced workers compensation can alleviate the stress of having accusations made against you while you are trying to recover from your injuries.

Schedule a Consultation with a Georgia Workers’ Compensation Attorney

If you are injured on the job and you are unsure what you should do next, contact the experienced workers’ compensation attorneys at the Law Offices of John B. Jackson in Douglasville, Georgia. Give a skilled Georgia workers comp lawyer a call today and set your mind at ease with the defense you need. You have enough to worry about with the injuries and lost wages you suffered since your accident. Contact John B. Jackson today.

Dog Bite Cases in Carrollton, GA, and the Applicable Laws

How to Calculate Your Georgia Workers’ Compensation Benefits

How Workers Compensation for Injuries Work in Atlanta, GA 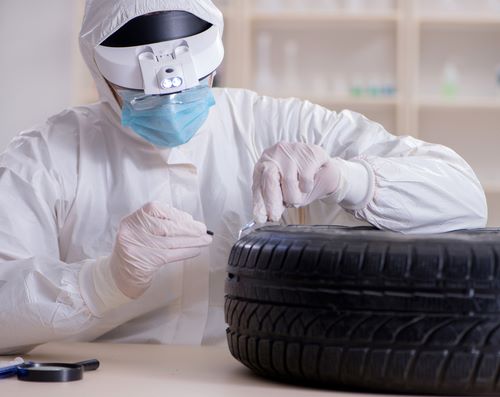 How to Prove Fault in a Crash in Douglasville, Georgia?