Can I File a Workers’ Comp Claim If Nobody Saw My Accident?

Can You Sue Someone for Civil Damages in Lawrenceville if They Assault You?

What Should I Do If My Child is the Victim of a Personal Injury Caused by Someone Else’s Negligence?

Since motor vehicles first became accessible to the everyday commuter, more and more laws have been established to prevent auto accidents from occurring. The ban on drunk driving is just one example, which has certainly reduced the number of drunk driving deaths, though this is somewhat attributable to the fact that intoxicated driving has also become much less socially acceptable. There are plenty of groups and slogans around to raise awareness and provide alternatives to those who might otherwise drive drunk, while encouraging their friends to stop them from doing so as well (‘friends don’t let friends drive drunk,’ for example).

Other examples of legal efforts to prevent auto accidents include making laws to regulate seatbelt use, setting legally enforceable speed limits, and – more recently – banning drivers from using their phones to text. Today, we’ll look at a couple of these legal efforts and whether or not they are preventing accidents, injuries, and deaths on Georgia’s roads.

It may come as a surprise to learn that most drivers in the US do not actually follow the set speed limits when they travel. Perhaps it is not so surprising if you are among those who don’t. Everyone seems to be in a hurry, and people tend to be overconfident in their driving, self assured that they know how fast they can travel and remain safe. It is so common for people to go at least a little bit over the speed limit that the police tend to allow drivers a bit of leeway, and generally won’t pull you over for being five miles over the limit.

When a large majority of auto accidents involve at least one motorists driving over the speed limit, the victims are left asking themselves if those speed limits are really making any difference at all. Speed limits are typically set based on the area, the pedestrian traffic, the road traffic, etc. This is why speed limits are different in the country than in cities, and are lower in school zones, where there are likely to be children.

This is also why one set speed limit won’t work for every type of location. This ultimately means that speed limits are set based on how fast a reasonable person would travel anyway. Taken further, that indicates that those who exceed the speed limit would have been driving too fast for the conditions of their environment, whether or not there was a speed limit to follow.

How Effective Are Legal Texting Bans in Preventing Auto Accidents?

This is another area where the laws are less effective than we would imagine. For a long time, there were no laws against using a mobile phone while driving. The ability to do so was a fairly new thing, and by the time it was banned, people had formed their habits. Once you have developed a habit, it can be hard to break, even if the law says you have to.

However, with laws banning texting and using smart phones and other devices while driving, people are more inclined to attempt to hide the fact that they’re still doing it. This means that the drivers who were already unsafely texting are now dividing their attention between this unsafe behavior, driving, and looking out for the police who might catch them doing it.

Efforts are being made to make texting and driving, much like drunk driving, a socially unacceptable behavior, since the impact of what is socially acceptable is often better at preventing unsafe driving behaviors than the effect of legislation banning the behavior.

If you’re going to take anything away from this information, it should be that your voice is more effective than the law. You can make unsafe driving socially unacceptable by saying something when you are in a vehicle with someone who is speeding or texting while they drive. Just as ‘friends don’t let friends drive drunk,’ friends should not let friends text and drive (or speed).

Were You in an Auto Accident Caused by Speeding or Texting in Georgia?

If you’ve been in a Georgia auto accident that was caused by the unsafe behavior of another driver, contact the skilled car crash lawyers in Douglasville, Georgia at the Law Office of John B. Jackson.  While making a behavior socially unacceptable is more effective than the law at preventing that behavior, the law is effective at allowing you to recover fair compensation when those illegal behaviors cause accidents. Call today to schedule a free consultation for your accident claim.

Did You Slip and Fall in Georgia? What State Law Says 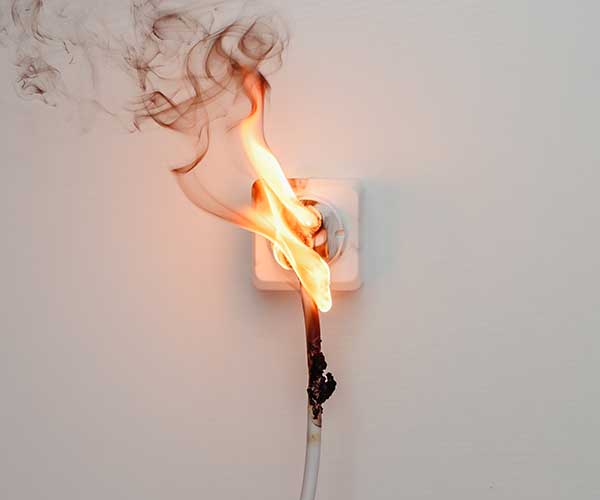 Can I Receive Compensation for Defective Products in Carrollton?

Were You or Someone You Love Injured in a Georgia Back Over Auto Accident?

Concert for Will This Saturday at the Amp In Carrollton