Can You Still Recover Damages if You Don’t Go to the Hospital?

Intersection auto accidents are frequently caused by drivers who are in a rush to get where they’re going and think that they can safely make it through the stop sign or the red light. They may perceive oncoming traffic as being further away than they actually are, or their judgment may be impaired by a variety of factors. In many cases, these factors involve intoxication, though they can also include emergency situations and drowsy driving. In other cases, the driver who wrongly enters an intersection could simply be distracted.

The National Traffic Highway Safety Administration reported that 40% of the auto accidents that occurred in the United States in 2008 were intersection accidents. This amounted to more than 2.3 million collisions, over 700 thousand accidents involving injuries, and more than seven thousand deaths.  The report revealed that over 44% of these accidents were caused by not paying attention or not seeing the other vehicle, over 8% were caused by mistakenly assuming what another driver was going to do (such as assuming they were stopping or turning when they weren’t), and close to 8% were caused an obstructed view while turning. Nearly 7% were due to a driver illegally maneuvering their vehicle, and nearly 6% were caused by distractions within the vehicle, including texting, grooming, and passenger distractions. A further 5.5% of these incidents were caused by simply inaccurately judging the speed of another vehicle or the gap available (see https://crashstats.nhtsa.dot.gov/Api/Public/ViewPublication/811366).

Other common causes of intersection auto accidents include failing to yield the right of way, speeding, aggressive driving, and intoxicated driving,

Most Common Type of Intersection Collision

The most common type of accident that results from these intersection collisions is the T-bone accident/broadside collision/side impact collision. These are the accidents in which one vehicle strikes the side of another vehicle, frequently causing severe damage and harm to the driver or passenger. The reason that such accidents are so devastating is because the side of the vehicle is not equipped to absorb such collisions in the same way as the front and rear of the vehicle are.

The reason that they are known as T-bone collisions is because the position of the vehicles forms the shape of the letter T. In some cases, having side impact airbags can protect the occupants of the vehicle from the most severe harm, but this is not always so. Even when such safety equipment is available, the damage can still be deadly.

The driver who caused the accident is the least likely to be seriously injured in such cases, particularly if they are wearing a seatbelt, because the driver of that vehicle is protected by the front of the vehicle, which is designed to absorb the impact of a collision, and the seatbelt will usually prevent them from being thrown through the windshield. Those in the vehicle which is struck in the side are at greatest risk, regardless of whether they are wearing a seatbelt, because this kind of collision is more harmful due to the impact in the side, rather than the likelihood of being thrown from the vehicle. Even a side airbag is often not enough to protect them.

The most commonly seen injuries associated with T-bone intersection auto accidents include serious internal damage, such as spleen injuries, diaphragm injuries, lung contusions, aorta and pulmonary vessel injuries, and fractures of the pelvis or ribs. The victims are also likely to experience serious spinal injuries, head injuries, and bone fractures.

Steps to Take After an Intersection Auto Accident

If you’ve been in an intersection auto accident in Georgia, your first concern is going to be the injuries of yourself and others in your vehicle. However, intersection auto accidents come with the additional concern of an increased risk of being struck again by oncoming traffic from any direction. For this reason, it is essential to be aware of your situation and surroundings. If possible, you should attempt to move the vehicles out of the line of traffic.

You need to contact the police and emergency medical assistance immediately, and gather the contact an insurance information of the other driver, if you are physically able to do so. Further, if you are physically able, you should take photos of everything that might be relevant to the accident and your case. This could include the position of the vehicles, any traffic signals, and the injuries sustained, prior to treatment. If there are witnesses, collect their contact information. You would also be wise to write down everything you can think about the incident, including anything that the other driver says and any relevant road conditions.

If you are not transported to the hospital via ambulance, you should still seek a full medical evaluation. The adrenaline associated with an auto accident is frequently responsible for masking the pain of injuries that are more severe than you realize in the moment. From there, you’ll want to keep track of your medical treatment, your property damage, and any other expenses that are associated with your recovery from the accident, including lost wages.

Finally, contact a Georgia auto accident attorney at the earliest opportunity. The skilled Georgia car accident legal team at the Law Office of John B. Jackson & Associates will provide a free consultation and get you started on the right track to recovering compensation for your damages.

Losing a Job Because of an Accident? What to Expect Next 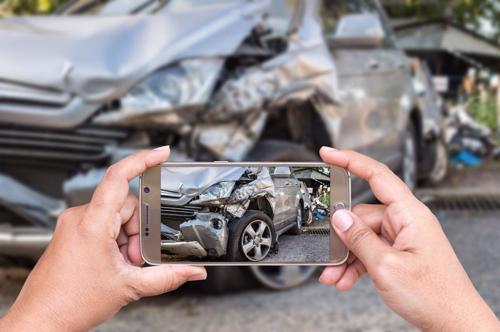 Is It Safe to Collect Evidence at a Carrollton Accident Scene? 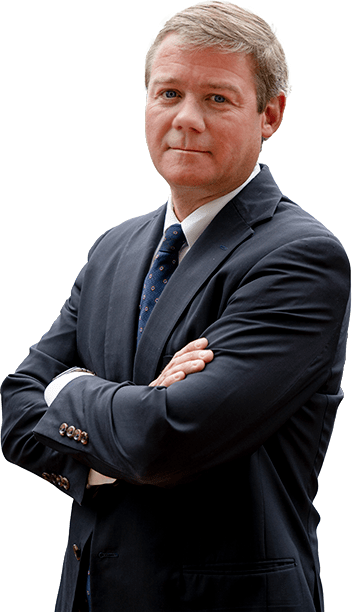 Can I Sue the Driver if I’m the Passenger in an Atlanta Car Wreck?

Crosswalks: Why don’t people stop for pedestrians when crossing…It is the law.