What Are the Long-Term Effects of a Traumatic Brain Injury?

Last month, a local Atlanta icon tragically died in a motorcycle accident in Fairburn, Georgia. The owner of a highly acclaimed Jamaican food truck died in a motorcycle crash while racing his bike. The food truck specialized in jerk chicken. The man who died was racing with two other motorcyclists going nearly 75 mph in a 35 mph zone. While the man was found alive at the scene of the accident, he died from heavy bleeding from a catastrophic injury to his head. Unfortunately, the story of this man is not an isolated case. Many individuals in Georgia and around the country each year receive serious injuries in motorcycle accidents.

How Many Motorcycle Crashes Are There in Georgia?

Although there are considerably less motorcycles on the roads when compared to cars, motorcycle accidents still occur with a fairly high frequency in the state of Georgia. In between 2008 and 2012 (the most recent year statewide data is available), there were 730 motorcycle fatalities. Of these accidents, 63 riders died while they were not wearing a helmet. While only about 4.7 percent of the total fatal crashes in Carroll County in 2014 were fatal motorcycle crashes, it is clear that motorcycle fatalities can cause lasting impacts on families. On a national scale, 4,586 people died in motorcycle crashes with another 92,000 motorcyclists that were injured.

How Are Motorcycle Accidents More Dangerous Than Car Accidents?

According to the National Highway Traffic and Safety Administration, those who ride motorcycles are 26 times more like to die in a crash per mile traveled and five times more likely to be injured. There are some dangers associated with operating a motorcycle that are not present when driving a car. While there are many riders who operate their vehicle in a safe manner there are some riders who are more prone to taking risks than the average driver.

Rider behavior aside, an obvious safety concern is the lack of seat belts or other restraining devices. While cars come standard with seatbelts, there is no such feature on motorcycles and an abrupt stop can send a rider or a passenger flying. Additionally, many motorcycles that are currently on the road do not have airbags. While some newer models of motorcycles have begun installing airbags, their use is not as widespread as cars.

There is also an issue of stopping a motorcycle. Nearly all modern cars are equipped with an antilock braking system meaning that no matter how hard a driver slams on the brakes, a car will not lock up. However, motorcycle brakes work differently than those of a car. On a motorcycle there are separate brakes for the front and back wheel and the same type of anti-locking system that is standard on so many cars is not uniform across motorcycles. The Highway Loss Data
Institute has shown that medical claims related to motorcyclists’ injuries were almost a third less likely when a motorcycle had antilock brakes.

Motorcycles also have an added danger of being smaller and more susceptible to weather conditions and being in drivers blind spots due to their small size. Drivers are often attentive of other cars but sometimes they fail to realize motorcycles or bicycles are nearby.

Much like seatbelts in cars, helmets on a motorcycle can go a long way to preventing and reducing serious injuries. There have been many studies that have shown that helmets can greatly reduce injury to head or neck and help to prevent serious injury or death to both drivers and passengers on motorcycles.

Helmet Laws Around the Country

States are varied in their approach when it comes to laws on helmets. Some states, like Georgia, have a universal helmet law, which requires all riders on motorcycles to wear a helmet regardless if they are the driver or a passenger. Georgia’s law does not distinguish different helmet laws based on the age of the rider. Other states only require people who are under a certain age to wear helmets. This age is usually 17 or 18 years old, though in some states the required helmet age is as high as 20. Last, there is a small group of states that have no helmet laws whatsoever.

What Injuries Are You Most Likely to Sustain in a Motorcycle Crash?

When motorcycle crashes do not end in death, there are particular parts of the body that sustain more serious injury than others. The Centers for Disease Control has indicated that about 30 percent of injuries in motorcycle crashes are on the feet or legs and nearly a quarter of all injuries happened to the head or neck. Head or neck injuries have the potential to cause paralysis which leads to long term medical care and extended pain and suffering, two things that are calculated by an experienced attorney when they determine how much you should be compensated.

Do I Need Insurance for My Motorcycle?

How Can a Georgia Accident Attorney Help?

Have you or a loved one been hurt in a motorcycle accident? Determining the value of an insurance claim can be difficult, especially because insurance companies try to offer as little money as possible. The dedicated auto accident injury attorneys in Georgia at the Law Office of John B. Jackson have the experience in negotiating with insurance companies to get you all the compensation that you deserve. A motorcycle accident can have a long lasting impact on how you and your family live your lives. Call us today for a free consultation to see if we can help with your case.

Can I Pursue an Atlanta Workers’ Compensation Claim If Nobody Witnessed My Accident? 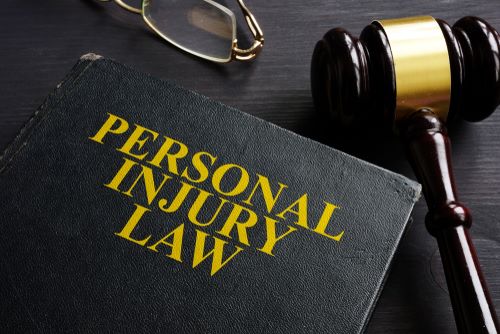 How Much Does a Carrollton Personal Injury Attorney Cost?

9 Essential Steps After a Car Accident

Who Is Liable If I’m Injured in a Student Driver Accident?

Are You Suffering from Whiplash After a Georgia Auto Accident?